Last week it was revealed that _ Hogwarts Legacy _ not only would be arriving at consoles PlayStation and Xbox, but, surprisingly, it would also debut in Nintendo Switch . Initially many think That this was a mistake, or in any case, that it would be a version of the cloud as it has happened with other games, but it seems that it will be a completely native version. 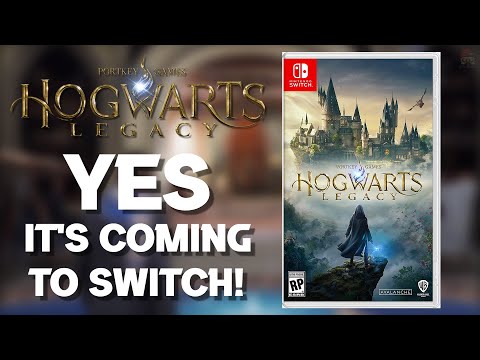 Via Twitter , Chandler Wood, Community Manager of Avalanche Software , responded to a doubt mentioning that “we have no more details for now, except the confirmation that yes, Hogwarts Legacy will arrive at Switch.”

We know that his response could be interpreted in any way, but everything indicates that it will be a native version. However, it is also difficult to believe that a game like LEGACY Hogwarts can reach a console like the switch , but I guess we will have to wait for us to know the answer.

Editor’s note: I can not imagine how Avalanche Software could bring this game to the switch, but if CDPR was able to do it with The Witcher 3, then everything is possible. I mean, I do not think it’s the best way to enjoy this title, but at least the option will be there for those who prefer it.