R / Place: The REDDIT portal that has caused a virtual war between France and Spain

yesterday’s day It seemed that it was going to be a quiet day for the Spanish-speaking community, but it seems that the rivalry with the French was going to glisten one more day with the arrival of a new virtual war that nobody expected: R / Place. Virtually More than a million people were attentive to what was happening at the Reddit de Place , a place that will become an Internet history for everything that has taken all this. Ibai, Kameto, Mizkif, Rubius and XQc were the main commanders of each region, causing an open war with a sad end for our community… although this has not finished yet.

What is R / Place? The most active reddit mural in the world

But the first thing is to know What is Reddit Place : It is one of the most successful unexpected projects that the web has had and that was founded during the APRIL FOOL’S DAY (April 1 ). This species of experiment consisted of a giant picture of a million pixels in which each of the users could color a pixel with a 16-color palette every five minutes. This was easy to understand in the theory but very difficult to apply in practice because there were many users who needed to be coordinated to create a consistent and colorful image of nothingness.

Well, in just 72 hours the administrators of the mural closed once and for all the post with quite surprising results: up to that moment more than 1 million unique users edited the mural, placing a total of approximately 16 million of pixels. At the moment when the project ended there were more than 90,000 users who were watching and editing the canvas . The Subreddit de / R / Place was archived on April 19, 2017, preventing the modification or publication of new tickets to further notice and making history on the Internet.

The subnetdit itself had only 4 pretty simple standards that were respected at all times by the community:

This seemed that I was not going to go back and it was going to be like a very nice memory… but This 2022 has returned over high with a war that appeared from nothing but we all needed.

a global war with France as the main enemy to beat 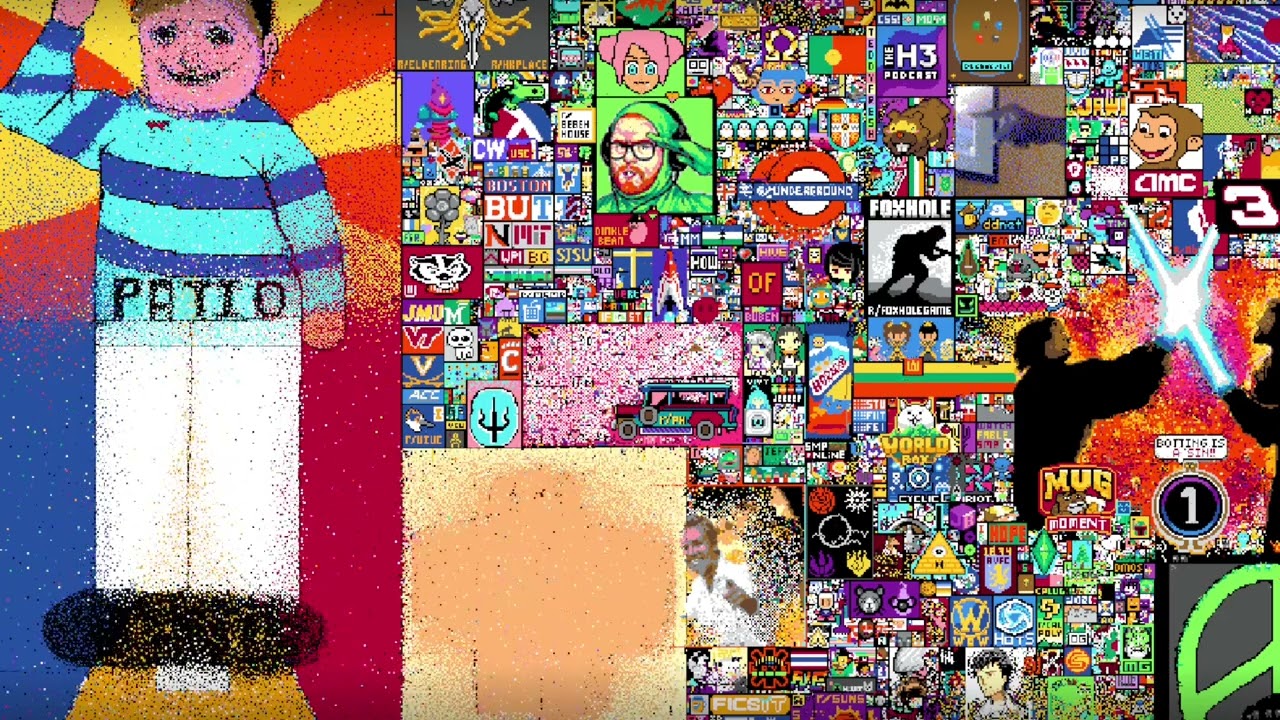 Is here when IBAI began a counterattack against Kameto , the great “rival” of him at a sports level because he is the owner of the most powerful French club, Kcorp, with Rekkles as a leader of the team. Just as you can see on the clip that we have left just above, the streamer spanish entered call with him in the form of _ bait _ for he did not realize that they were occupying all the mural of Kcorp with the Koi purple.

Is there when it passed from a pussy to be an open war between two macrocomunities that they were until the so many of the night fighting for a gigantic place in the mural, making the platform history thanks to the passion of fans with their Country and the huge pique between these two countries that take longer than we think. But it is true that.

While yesterday was a true battlefield that finally ended up in French Bando , War has not yet finished. And it is that the Spanish-speaking community has an AS under the sleeve that still not They had used: Auronplay and his legion of followers. You just have to see the face that Mizkif put, one of the largest _streamers, knowing that Auron would join the battle today. But they must know that this time they are not the enemy, but it will be Kameto and the French Legion of Him (next to their cheating bots).

The day of today is probably history, both Entwitch and REDDIT , since there is probably more than one discussion and roleling of negotiations for spaces on more than one occasion with other countries. That is why today we have to be attentive to what happens at all times, since from tonight at a random hour, the Reddit de Place will be archived forever and with it a story that has increased further the rivalry of Two giant communities. And you, do you sign up at the final battle?

Wargaming draws back from Russia and Belarus