Players can now go with improved illustrations of the character designer Nobuteru Yuuki, newly mixed music of the famous composer Yasunori Mitsuda and a variety of additional improvements to an epic adventure.

Chrono Cross: The Radical Dreamers Edition enables a new generation in these classics in which the boundaries of space and time are exceeded. This role-playing game plays in two interconnected parallel worlds and offers a large and diverse selection of playable characters, as has rarely experienced with a RPG.

Players can choose from over 40 unique and playable group members. The focus is on Serge, who stumbles into another world and learns that there is a connection between its existence and future of its planet.

The Remaster Edition contains “Radical Dreamers – the prohibited treasure -“, “a text-based adventure video game published in 1996, which forms the foundation of the history of Chrono Cross.

Players can look forward to a series of improvements and new features in Chrono Cross: The Radical Dreamers Edition, including: 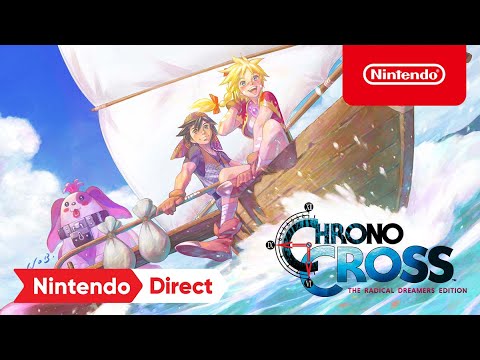 The Launch Trailer for the game: