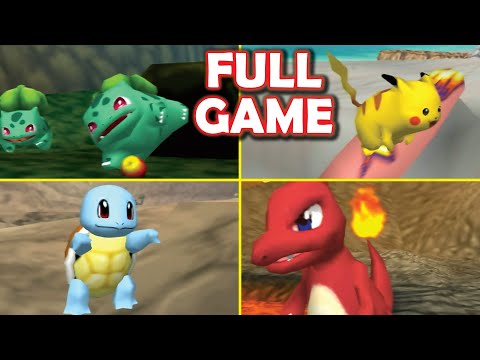 This is a camera action game released in 1999. As a Pokemon photographer, the player will take a picture of Pokemon while running on the rails on the rail, Pokemon Island where various Pokemon lives. Although it is not supported by the version delivered this time, it was also a hot topic that you could actually print photos by bringing a cassette to Lawson at that time. In 2021, the sequel NEW Pokemon Snap has been released.

More than 60 kinds of Pokemon have different gestures, such as poses and playing to the camera, and it is one of the attractions to discover various Pokemon. If you use Dogu given to Dr. Orchid, some Pokemon will respond different from usual, so you may have a great shutter opportunity.