This work is a 3D action RPG based on the fantasy manga Made in Abyss, which is scheduled to be released on September 1st. The original is a warm pattern, but the story is dark and radical. The gap was also supported by many fans, and animated and theaters were released.

In the game, Hello Abyss, which allows you to relive anime stories, and Deep In Abyss), which operates a newly-character new search house, which is the original character, and challenges the deep-in-in-Abyss of Abyss. Prepare a game mode. In addition, the official genre is Action RPG that is difficult to degenerate, and CERO is also Z designation.

◆ Introducing Deep in Abyss mode! How far you go, selection and decision are important

■ The beginning of the story 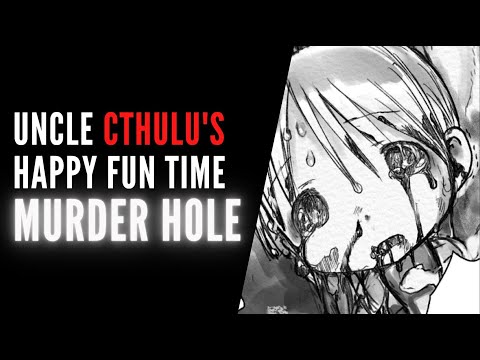 The protagonist who became a member of the Berchero orphanage as the cave’s egg Suzuki. He works hard on classes and training with three synchronous students, Raul, a quiet and modest Tiare, and the innocent Dorotaire. A few months later, the four people are finally challenging the first exploration as a red flute, but as soon as possible, we will see the harsh reality of Abyss…

In the DEEP IN ABYSS mode, which challenges Abyss as a rookie cave family, the original story develops the main quests developed by the original story, achieving various quests, and fostering characters with rewards such as money and experience. I will do it. As your experience accumulates, the level of the cave house will increase and you will be able to challenge deeper Abyss.

● Preparation of the cave / Aus town
At the Aus City, the base of the cave family, you can be ready to challenge Abyss, such as receiving quests and buying items you need for the cave. Among the apprentices of the apprentice, you will be mainly missioned by Jillo at Berchero Orphanage, but the number of missions that can be received will increase as the flute grade rises. In the city of Aus, the following facilities are used. I can do it.

1. Exploration Cave Union Headquarters
The headquarters of the union that recruits work from the cave family. You can order various quests.
2. Exploration Cave Store
We sell items that are indispensable for adventure, such as pickels, ropes, and bandages.
3. Remains Appraisal
A shop that gives you the relics brought back from Abyss. You can get money and experience.
4. Raffy’s store
A spicy restaurant run by Black Flute Havorg’s wife, Raffy. You can purchase ingredients and spices.

● Abyss Exploration Cave
The main purpose of the Abysbis is the main quest developed by the original story, the union quests that can be ordered at the exploration house union headquarters, and the collection of relics. The protagonist has three status of her, physical strength, fullness, and stamina. Both satiety and stamina decrease by taking some action, but stamina will be automatically recovered, but it is necessary to eat to recover the satiety. If the satiety is zero, the stamina will not be recovered, so it is important to eat frequently and maintain the satiety.

In promoting Abyss’ search, in addition to the three statuses, it is necessary to manage many elements, such as the surrounding environment, the health status of the protagonist, the remaining food, the durability of the tools, and the weight of the luggage. 。 Players take care of these elements, judge whether they proceed to the cave, turn back to the ground, or sometimes take them home, and act appropriately.

● Return
After achieving the purpose of Abyss, we aim to return to the ground from that point, but the more you go to the deeper structure, the more the curse of Abyss will hit the player when you return to the ground as you return to the ground. Abyss’ curse makes it more difficult to survive, as vomiting is greatly reduced, and blood flows out from the whole body and the degree of fullness and physical strength decrease. In addition to the curse of Abyss, not only attacks by primeval creatures, but also the terrain and gimmicks that can be used on the way can be used on the way back, and may fall into another way.

Made-in Abyss Aiming for Darkness will be released on Thursday, September 1, 2022. The price is 7,200 yen (excluding tax).