Nintendo Switch Massage Freaks developers have called for their opinions directly to the company. Exciting game content calls some discussions

On July 17, Developer Qureate issued a statement about the rhythm game for Nintendo Switch Massage Freaks . Opinions on this work are calling to send them directly to the company. He also mentioned that he would consider adjusting the expression and name of this work.

Massage Freaks is a rhythm game scheduled for Nintendo Switch on August 4 this year. The protagonist, Yubihara Atsushi, runs a massage shop inherited from his deceased grandfather and treats girls who have various problems. And aim to repay his grandfather’s debt.

Pressure uses the secret technique of telling the music that the person who is treated is potentially seeking from gloves and heals both inside and outside the body. It is said that it will be a gameplay that engraves the rhythm by pressing the button displayed according to the song. In addition, there are events such as raising favorable impressions, such as developing a romance with girls, and occurring that healthy boys are standing up. 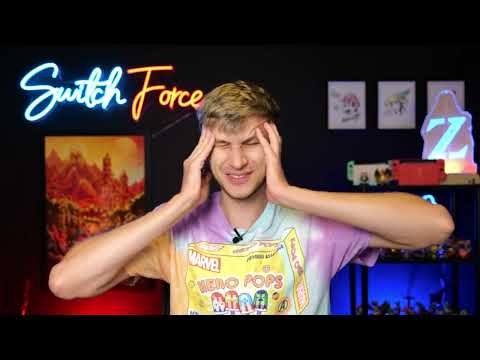 This work was recently announced on July 14, which became a big topic. The game play video has not been released yet and the information is limited, but the screenshot and the outline of the game are quite exciting. In the game, the clothes that the girl’s child wears only as the song progresses, and when she gets more than a certain score, she enters She’s very much her Rakusumudo (NTR). At the time of NTR, the girl is naked and looks naked as its spiritual expression. These works were released on Nintendo Switch in Nintendo, and they seemed to be greeted with surprise.

On the other hand, critical opinions have been issued on SNS. From the above-mentioned games, there are opinions such as women’s contempt and sexual exploitation work, reminiscent of sex crimes at massage shops. In addition, this work is rated by CERO: D (targeted at the age of 17), and some say that children can actually get it. It seems that some of the criticisms are directed to Nintendo. It seems that Nintendo has permitted the sale of this work on Nintendo Switch, and is criticizing the decision.

The developer Qureate issued a statement on July 17. Only the company could adjust the content of the game, and he called for his opinions and impressions to reach the company directly. In response to the situation where the opinions of this work have been posted to Nintendo, it can be considered that such a statement has been issued.

Nintendo has not made a decision on its own platforms such as Nintendo Switch, such as acknowledging or not acknowledging the company. Nintendo’s president Shuntaro Furukawa stated in the question and answer session of a general meeting of shareholders held in June 2019.

Regarding the software released for our game consoles, we would like customers to understand the contents of the software and the target age with objective information by assuming the acquisition of age rating by a third-party organization. increase. We believe that if we arbitrarily select software and unrecognizable software, we will inhibit the diversity and fairness of game software.

In addition, our game consoles have a use restriction function by parents, and the response is that the parents will not display content that is considered harmful to children by setting a PIN. Is also possible.

After all, Nintendo is left to the rating institution instead of pulling the line of Arinashi on its own. Massage Freaks has been judged by CERO (Computer Entertainment Rating Organization) and has been given age category D for 17 years or older. Nintendo has decided that there is no problem in releasing Nintendo Switch. In addition, the possibility of children under the target age is guided to use the parental control function (Mimamori settings) (related article).

Another interesting thing is the screenshot of this work published in the Nintendo E Shop. In fact, in Japan and overseas, the screenshots posted in the same title may be different. Mainly screenshots that contain sexual expressions are often replaced overseas. According to an overseas public publisher, this is not the decision of Nintendo, but the provisions of rating organizations. Among these situations, Massage Freaks has the same screenshot as Japan overseas.

In recent years, there have been strict views of women’s contempt and gender discrimination in the game, and as a result, some works have been canceled in some countries because they cannot pass the rating screening. Under such circumstances, the seemingly exciting screenshots are posted overseas, and some are rated to the target age, which is considerably lower than in Japan. I am worried about the detailed game content of this work.

The Developer Qureate is considering adjusting the expression of this work in the statement, but at this time does not show any direction. On the other hand, on July 18, it announced that the character name of this work would be changed. At the same time, he apologizes to fans and stakeholders who are uncomfortable with the name.

On the official website of this work, a profile of six female characters visiting the main character massage shop is released. It was pointed out that the names of each character were all the same as the idol Hyugasaka46 members (the last name is different). It also contains unusual reading names, and it seems that it would not be a coincidence.

From the announcement of the Qureate this time, it is true that some of the idol names were borrowed. The method of using the celebrity names is common, and the company also takes similar techniques to the past. However, in the case of a work that contains some sexual expressions, it can be more meaningful than simply referring to the name. The company has promised to work more seriously to customers and create games so that this will not happen again in the future.

In this announcement, it was revealed that there are already many reservations for this work. The company wants you to send your impressions and requests from the official website when you play this work. It is said that everything will be read and as a reference for development.

Massage Freaks will be distributed on August 4 for Nintendo Switch.