On June 29, the Sunbreak add-on for the action-RPG Monster Hunter Rise will be released, which we will talk about today. As in the case of previous games in the series, we knew in advance about the appearance of a large-scale expansion, and this time it turned out to be Sunbreak. The add-on expands the story and adds new locations and monsters, but first things first.

I note that I am new to the Monster Hunter series, and I didn’t have the original game itself, and therefore I went through both the main game and the add-on at once, which allows me to write this review with the most fresh impressions. To begin with, I note the excellent optimization of the project, which allows you to play it at 4K and 60 frames on an AMD Radeon RX 6700 XT with a graphics card only 40-50% loaded. For what purposes NVIDIA DLSS was added to the game with Sunbreak, it’s not clear to me from the word at all, and the baldness of furry characters and monsters due to activation of such looks extremely funny.

I won’t say anything about the main game separately, nevertheless, the review is about the add-on, but I hasten to note that the sisters Hinoa and Minoto definitely deserve the release of a couple of figures that must be on my shelf. So, Capcom, keep going.

The plot of the add-on tells how a monster that has been sleeping for almost 50 years has attacked distant lands. The people under attack are in need of help, and who better than the hero of the village, Kamura, to fill this role? Here we are introduced to Dame Fiorein, the sister of the wandering merchant Rondina, whom you may know from the plot of the main game. News has surfaced on the net that Dame has already become the subject of adoration for many players, but, to be honest, I still did not understand what the reason was. Twins are generally better.

Sunbreak’s hub location is Elgado, and it’s worth noting that this is a really beautiful place. The player will be greeted by new music and new quest locations, among which I would like to mention the Citadel with its scope for exploration and hunting.

In general, now the players have to go to help Lady Fiorein, who is in dire need of this very help, and therefore they will have to hunt the dark dragon Malzeno, which is definitely not an easy task. It was quite interesting to see how the writers this time wove the need to kill another big beast into the plot, but I will not spoil.

After completing the main story, anomalous quests open up, in which you need to destroy the monsters before they self-destruct due to the buff hanging on them. Yes, it is a buff that actually activates their berserk mode, while increasing their aggressiveness, but spending vitality. These quests allow you to farm the items and resources necessary for the maximum pumping of equipment and weapons, as well as get you in the neck as part of rather difficult challenges.

One of the most notable changes in Sunbreak from the base game was the addition of the ability to quickly switch between bound abilities and attacks, which, given the huge arsenal of weapons and equipment, was an extremely pleasant and rather simplifies the life of a hunter innovation. As a result, now you can not abandon your favorite skills for the sake of more useful ones and quickly adapt to the enemy in front of you, and the sets themselves are completely and completely customizable. Switching, by the way, gives the player several frames of invulnerability.

Another new addition to Sunbreak is the Master rank quests, which will allow you to get a good kick in the neck as part of much more difficult tasks. By the way, you won’t have to go to them alone, even if there are no friends who have a copy of the game, because NPCs can come to your aid. To use this option, the player must complete Follower Quests, which are associated with certain NPCs and allow you to take them with you on missions later. Worried about whether these assistants will become a burden? It’s not worth it, it’s very convenient to fight with them in the same party. As a result, players have the opportunity to play solo with much more comfort than all al1. By the way, the player will also have to customize their arsenal, and therefore do not forget that most of them have their favorite weapons that they use best. The only exception is Master Utsushi, he generally doesn’t care what he has in his hands, he is good in any form.

In general, the developers have added plenty of opportunities for grinding, and it’s up to you whether it’s a plus or a minus. I will only note that the Master rank is pumped for quite a long time, but if you do not pay attention to it and just enjoy the gameplay, then a large number of quests will allow you not to notice the time spent.

Summing up, I want to say that after the release of Sunbreak, Monster Hunter Rise has become more friendly to the player, which is important for beginners like me, but will also be a significant plus for seasoned fans, yet the increase in convenience clearly cannot harm anyone. 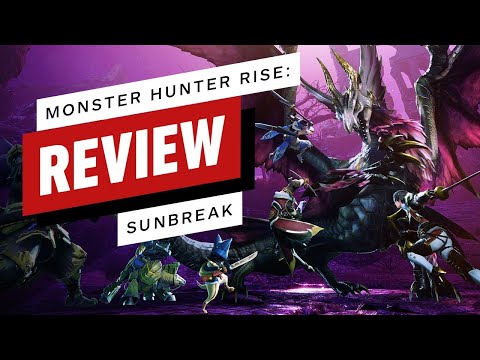 I would even say that after this addition, the game feels complete, or something, as if this main Monster Hunter Rise was not enough. 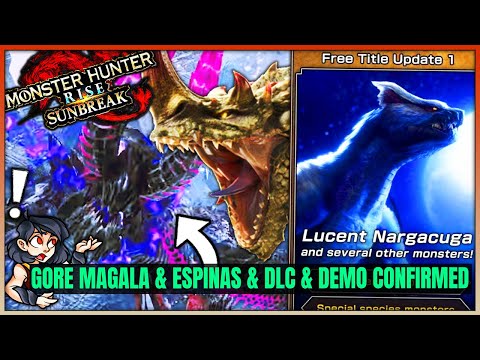