This project is an interview with the developer of the new indie game that you are interested in. This time, we will deliver a mini-interlocated show to developers for the developer of TEAM RUN development, “ Run: The World In-Between “, which was released on April 14 for PCs.

This work is a high 2D action where the map is automatically generated. With the simple operation of running, jumping, and dashing in the air, we will run through various traps while escaping from the ghost approaching from behind. It has already been supported in Japanese.

— First, please introduce yourself. What is your favorite game? 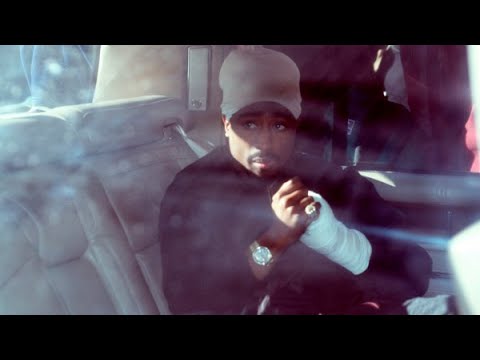 Hephep We are Team Run, a development team consisting of six French people. Encremecanique (Graphic Design, Level Design), Thomas Barrandon (Music), Louise Jeanson, Melissa Gross (Public Relations), SORGHAL (Quality Guarantee/Test), and I, Hephep are in charge of programming. Encremecanique and I were also in charge of the game design for this work.

I’m alone, but it’s difficult to choose one of my favorite games. Some of them are “Super Smash Bros. Special”, “Outer Wilds”, “The End Is Nigh”, “Hollow Knight”, “Hyper Light Drifter”, and of course, “Elden Ring”. In terms of game design, I like simple but smart works. “MINIT”, “TOWERFALL”, “A Short Hike”, “Katana Zero”, “INTO THE BREACH”… too many and there is not enough time here! However, there are games that the whole development team likes, which is “Celeste”.

――Why did this work developed?

Like a lot of gamers, I always wanted to make a game myself. I wanted others to feel what I felt when I was playing the game. I was challenging alone, but at that time, my friend called out to Encremecanique, a tattoo artist who carved a tattoo. He was good at art and wanted to make a game! Thus we started a project called “Tamange Nashi”. This is based on onions, and for French people, this Japanese name was cool (laughs). This project failed because the scale was too large. I created a team of about 10 people with little experience, but I couldn’t manage. However, Encremecanique told me, “Let’s make a simple game with two people al1. It’s a very simple game that can be made in three months!” Two years later, this work was completed.

―― Please tell me the characteristics of this work.

Hephep This work is just a simple 2D action. You can run, jump, and dash in the horizontal direction. However, the fact that this work is characteristic is that there is no stage. You play the same place over and over again, but you will play a new map that is automatically generated using a “block” that can unlock every time you clear it. Every time you clear it, you can get a new block, and the oldest block is no longer available. Every time you play, these blocks are selected and shuffled. Therefore, players will never have the same experience again. And every time you unlock the block, the difficulty gradually increases.

There is another characteristic of this work. In this work, players cannot take a break. The ghosts that copy the player’s movements are always being chased. You have to accept death to find, act, and sometimes find a way to capture new blocks.

(And music is also wonderful)

――What kind of person do you want this work to play?

Hephep To be honest, this work is designed for those who are attracted to the high difficulty 2D action. In other words, it is a work like “SUPER MEAT BOY”, “THE END IS NIGH” and “Celeste”. However, we worked hard to play this work. In “No Stress Mode”, ghosts do not appear, and the difficulty and operability are well adjusted. My 9 -year -old son is also enjoying this work, and some people are trying time attacks for the first time in this work. Some people say, “I don’t like difficult 2D actions, but this game may change!”

— Is there any work influenced by this work?

Hephep Yes, of course. The most affected work was “Celeste”, “Super Meat Boy”, “The End Is Nigh”, and “Hollow Knight”. Some of them refer to only the “philosophy” of graphics (this work doesn’t look like “Hollow Knight” at all (laughs)). In addition, in this work, it is possible to unlock a memory that uses many games and movies as a original story by collecting gems. I think it’s a clear thing, but it’s all in this work that I have experienced as a gamer as Encremecanique. The operation feeling of the character of this work is a mix of my favorite part in the 2D action game, and the optional menu designed by Encremecanique is clearly influenced by the game I played before.

――What had an impact on the development of the new Coronavirus?

Hephep was not so much. I’ve been working remotely before. The development of this work was done using our spare time, such as at night. We had a lot of workflows because we met quite often. In the previous project, the problem was that the number of people was too large, but this time we started with two people, so it was very simple. Although it did not affect the development of this work, some development members have not yet met. That’s a bit disappointing.

――Is it okay to distribute or monetize this work?

Hephep Yes, of course! Distribution is a very good way for many people to know this work, so I rely on it. And it’s very fun to see someone playing this work. If a Japanese distributor is reading this, please let us know on Twitter before starting this work. We will take several French people to the distribution and support you!

– Finally, please give a message to Japanese readers.

Hephep Thank you for reading this interview, Japanese readers. I’m glad if you want to play this work! It is a great honor to be able to deliver a voice in a distant country like Japan in this way. If you play this work and have an impression, it will be fine if you can write it in a review. I will refer to the next work. Everyone in Team Run wishes you for your health. Please have a good day.